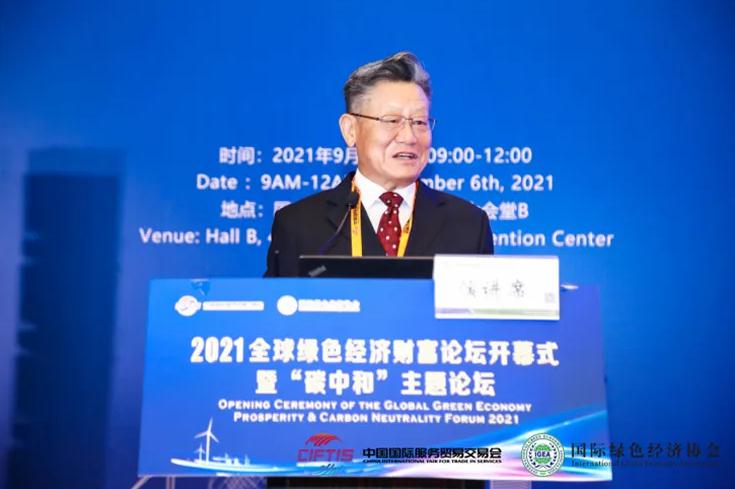 H.E. Mr. Zukang Sha, former Under-Secretary-General of the United Nations and honorary president of IGEA, called on present international guests to understand China’s determination and witness the efforts China has been making in carbon emission reduction and expressed his hope that other countries actively cooperate with China in addressing climate change and jointly advance the cause of building the earth as our common home and achieve sustainable development of mankind.”

H.E. Mr. Sha stressed that achieving the “dual carbon” target is both a challenge for society and a great growth opportunity for green industries and technology innovation. This year the purpose of “Carbon Peak & Carbon Neutrality” events is precisely to give full play of CIFTIS as a guiding national and international platform for trade in services to promote cooperation in new forms of business and technologies. 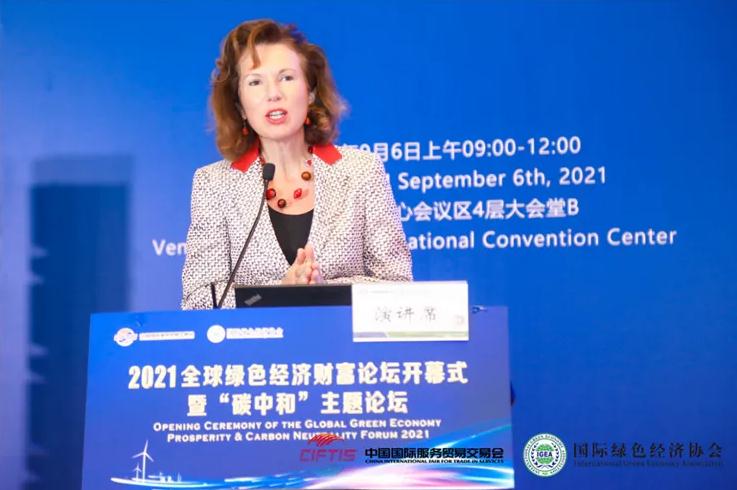 H.E. Dame Caroline Elizabeth Wilson, British Ambassador to China, attended and addressed the forum. She said, the “dual carbon” target set by President Xi has become a key goal for China’s social and economic development. Britain will continue to work firmly with China to combat climate change together. Meanwhile, the existence threat of climate change could be the greatest commercial opportunity of all time. Service can therefore be transformative of the entire green economy. 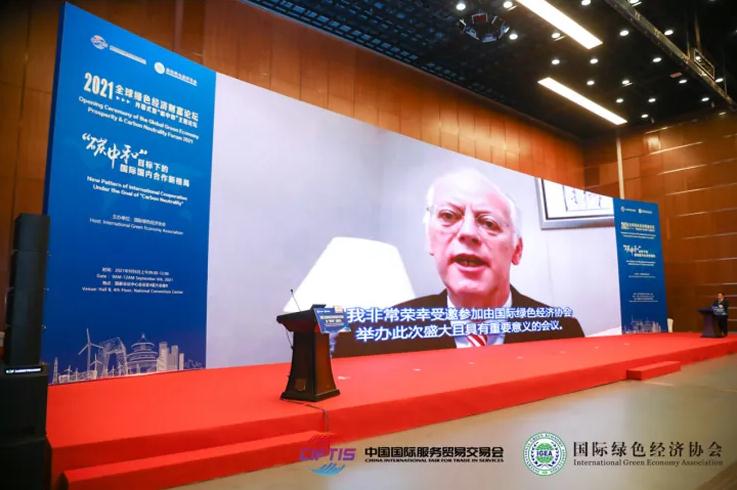 H.E. Mr. Rudolf Scharping, former General Secretary of the Social Democratic Party of Germany, said in his video speech that global cooperation is become increasingly important as the threat of extreme climate grows. The “dual carbon” target that is clearly set by China plays a positive role in promoting global cooperation. He expressed his strong trust that China will pool strengths of all sides to make great contribution to the development of mankind through unremitting reform and opening-up and sustainable social and economic development.