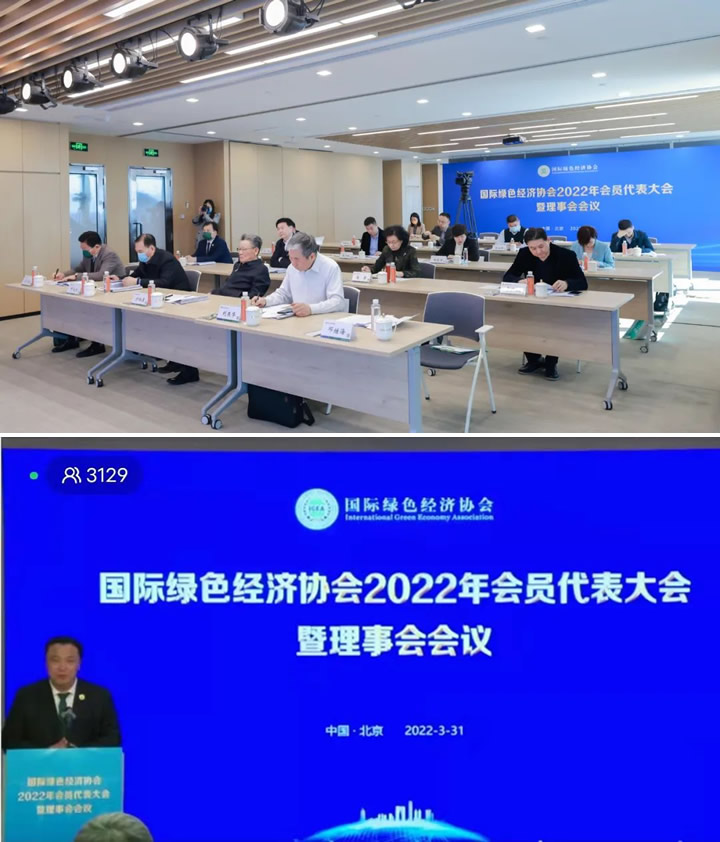 On March 31, the 2022 Member Representative Conference of THE International Green Economy Association (IGEA) was successfully held in Beijing. Ambassador Sha Zukang, honorary President of IGEA , Mr. Deng Jihai, executive President of IGEA, including members from the expert committee and the board council, a total of 20 representatives attended the offline live hall, more than 300 member representatives attended online. The live stream was watched by about 3,100 people. 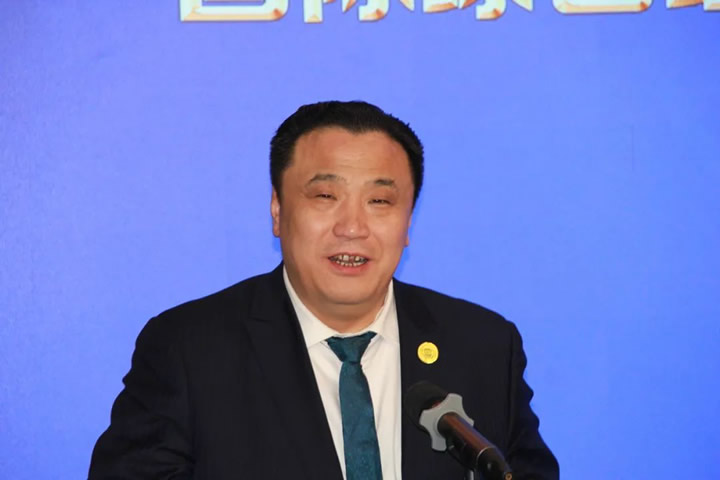 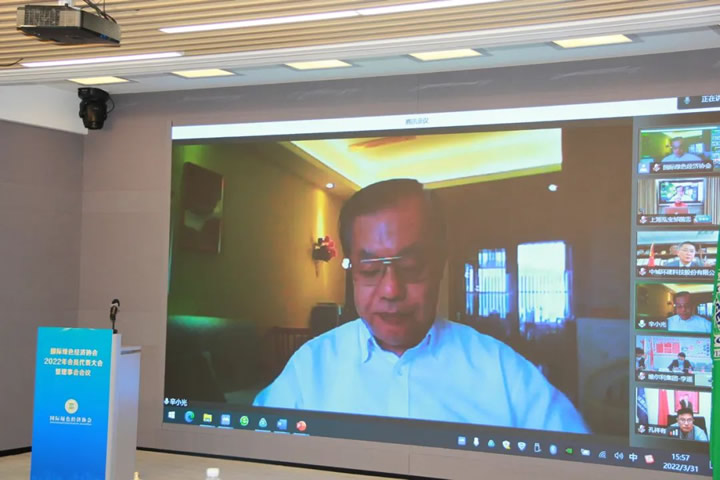 Mr. Xin Xiaoguang，supervisor of IGEA, former deputy director of energy conservation and emission reduction office of China People's Bank, gave the review and evaluation on the IGEA  organization construction and internal governance, activities implement etc. sectors. He highlight the  conclusion as a key organization of green industry and green development services, the IGEA has played a very positive role in all its work in compliance with the articles of association. 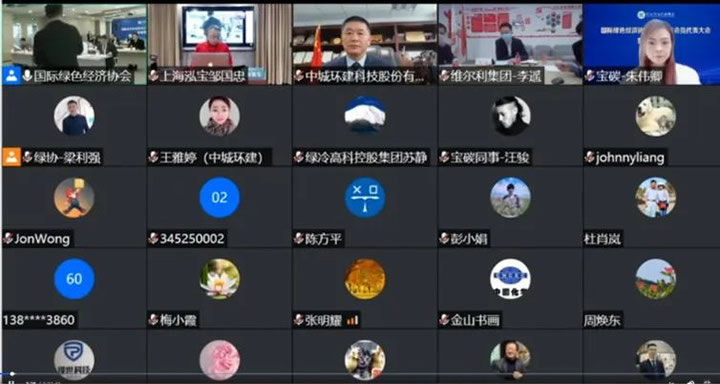 The conference approved 37 new council members of IGEA board , published and released key cooperation project manual of more than 100 IGEA member enterprises in 2022, focusing on rural revitalization, ecological environment governance, energy saving, carbon emission reduction and efficiency, carbon market services, digital economy and other aspects of the key strategic promotion projects, The IGEA council member representatives who undertook the annual strategic project of IGEA made the report of strategic project action online and offline. Nearly 100 representatives of the general Assembly and the Council expressed the idea of "anchoring Dual Carbon action, co-building and sharing with green cooperation for common development". 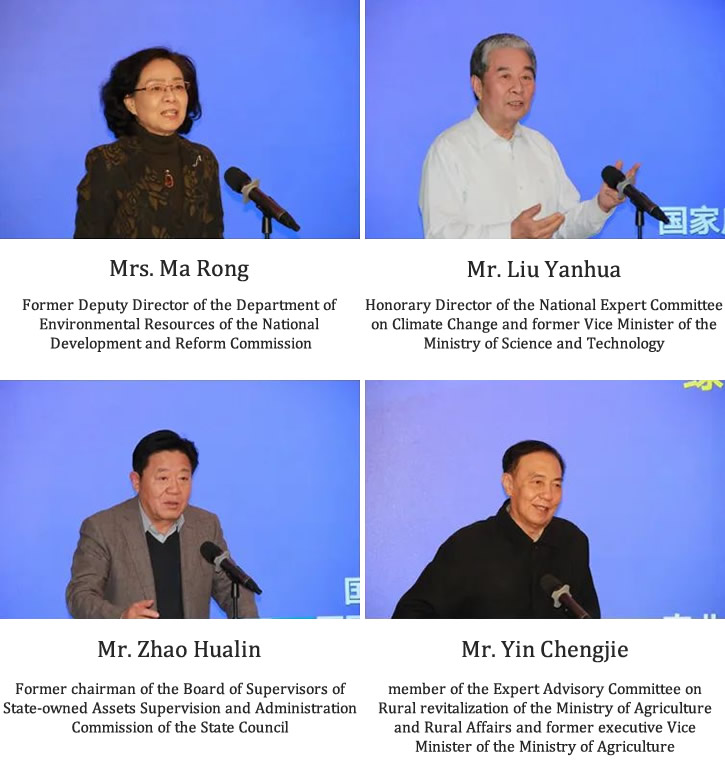 Experts from the Expert Committee of IGEA attended the meeting: Mrs. Ma Rong, former Deputy Director of the Department of Environmental Resources of the National Development and Reform Commission; Mr. Liu Yanhua, honorary Director of the National Expert Committee on Climate Change and former Vice Minister of the Ministry of Science and Technology; Mr. Zhao Hualin, former chairman of the Board of Supervisors of State-owned Assets Supervision and Administration Commission of the State Council; Mr. Yin Chengjie, member of the Expert Advisory Committee on Rural revitalization of the Ministry of Agriculture and Rural Affairs and former executive Vice Minister of the Ministry of Agriculture, made a guiding speeches on the work of the IGEA in 2022 on rural revitalization and green and low-carbon agriculture, energy security and low-carbon, environmental services, carbon market, and policy demo pilot practice. 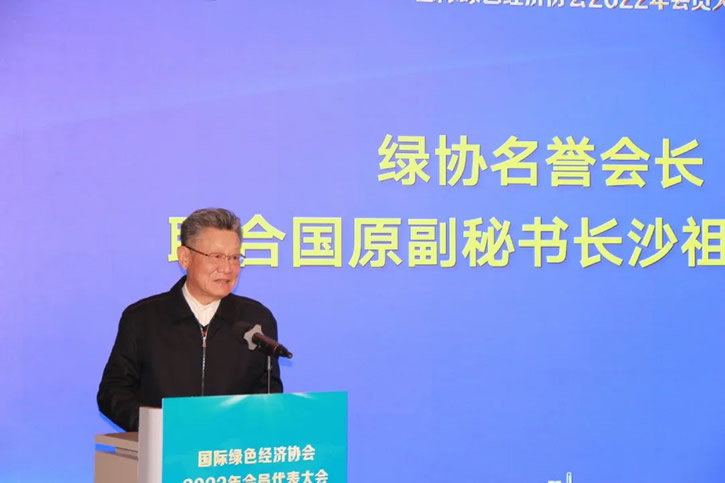 Mr. Sha Zukang, honorary President of IGEA and former Under-Secretary-General of the United Nations, delivered a guiding speech. Mr. Sha Zukang said that the work plan of the IGEA in 2022 is closely related to the theme of " Peak Carbon emission and Achieve Carbon neutrality” target requirement  and green development", covering a wide range of industry sectors and a number of functional initiatives, which is a comprehensive and focused report. In particular, the plan of the association jointly carrying out specific work with all member units is very bright. The Association is a pivot organization dedicated to green development, which can not only mobilize all kinds of resources and capabilities to guide the development of members and the industry, but also promote the target tasks relying on members. Over the years, it has cultivated and created a large number of excellent enterprises in the field of green development. At present, under the influence of the international situation and the covid epidemic, the economic development is still in great uncertainty. In such an environment, the IGEA and its members adopt a group development approach to escort the healthy development of enterprises on the road of promoting green development, which is an effective work measure. This is also in line with the policy keynote of this year's NPC and CPPCC sessions on ensuring steady growth and ensuring market players.

Ambassador. Sha stressed that IGEA and member of the board the idea of sharing common development between enterprises is very good, need to further deepen the co-construction and sharing mechanism and measures of development, hope all members of the  association band together in platform, work together, mutual assistant  and mutual success, make IGEA platform stronger and higher!